To turn ON press the ON/OFF Button. A red power indicator light will illuminate to indicate the flat iron is heating up.

Use the temperature control buttons -/+ to set to the desired temperatures. While the iron heats, a green light will flash.

When the iron settles at the desired temperature, you are ready to style.

Allow the iron to heat up approximately 30-60 seconds. Brush the hair and separate into section about e inches wide.

Place one section between the plates as close to the scalp as you can get without touching it. Don’t touch the scalp.

Hold plates firmly closed with hair section in between, sliding the iron down and off the section of hair.

(depending on hair thickness)

After one section is straightened, move to another section. Upon completion, press and hold the on/off button until the light on the led display turns off.

Unplug the cord and allow the unit to cool down completely before storing.

Before plugging the appliance into an electrical outlet, remove the tank by sliding the tank-lock switch toward the “UNLOCK” symbol. This will pop the tank loose from the iron.

Turn the tank over and peel back the rubber cap on the bottom of the tank to open the refill. Insert the infusion treatment into the opening and reseal the rubber cap.

There are no reviews yet. 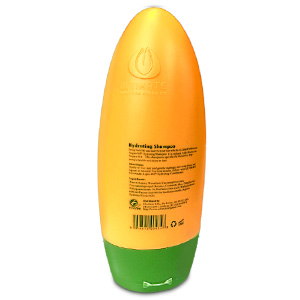 $12.99
Add to cart
Do NOT follow this link or you will be banned from the site!
Translate »
Scroll To Top